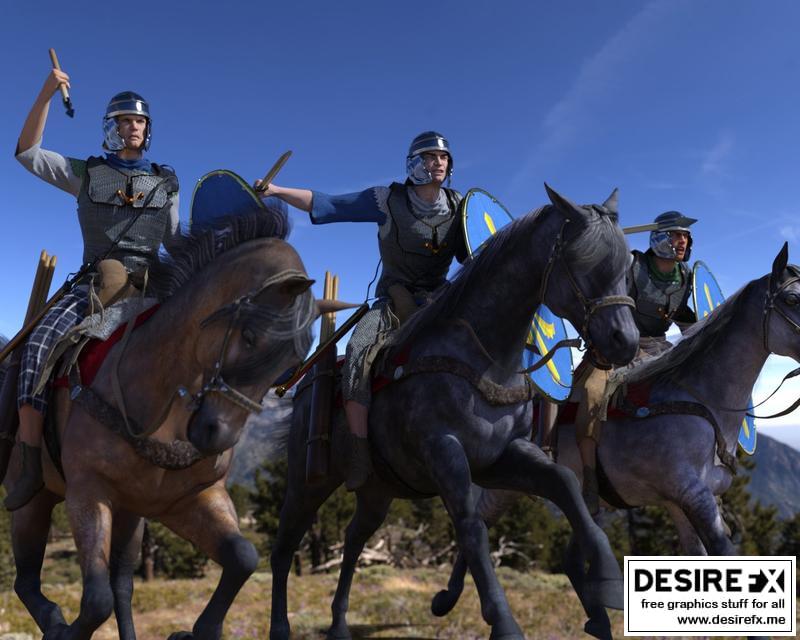 Continuing my ongoing series of Imperial Rome is the equipment of a Roman cavalryman. By the first century, the cavalry units attached to a legion were recruited from non-citizens, so this equipment aims to recreate a first century Gaulic mounted warrior. Cavalry in this era were still light/medium units typically armed with a sword, spear, and javelins and tasked with scouting, missle harrasement, and pursuit. In addition to the clothing and equipment of the cavalryman, a set of tack in the Rom