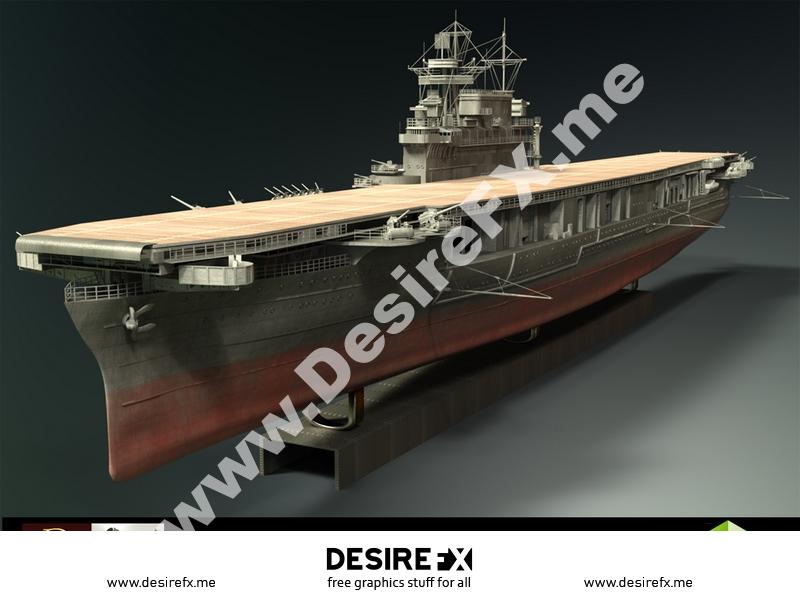 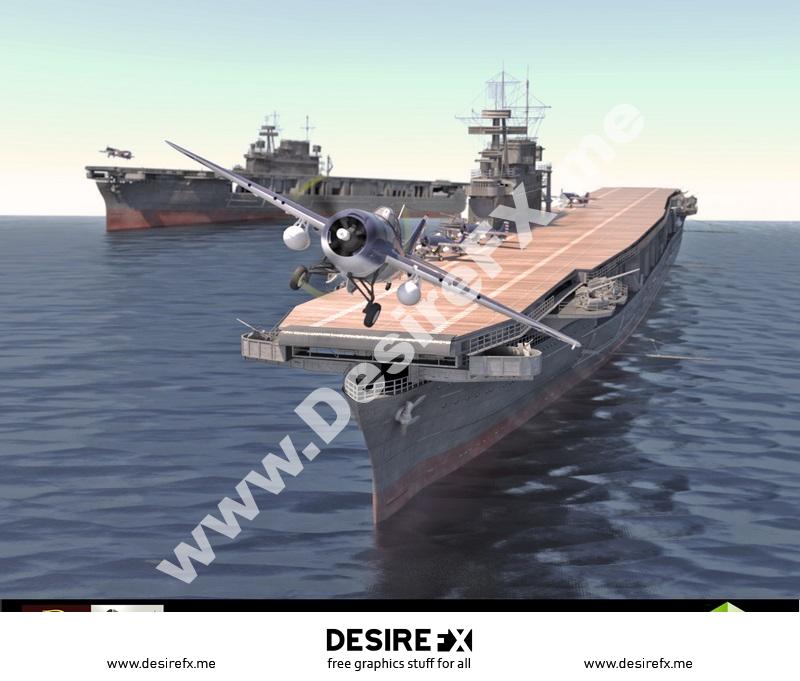 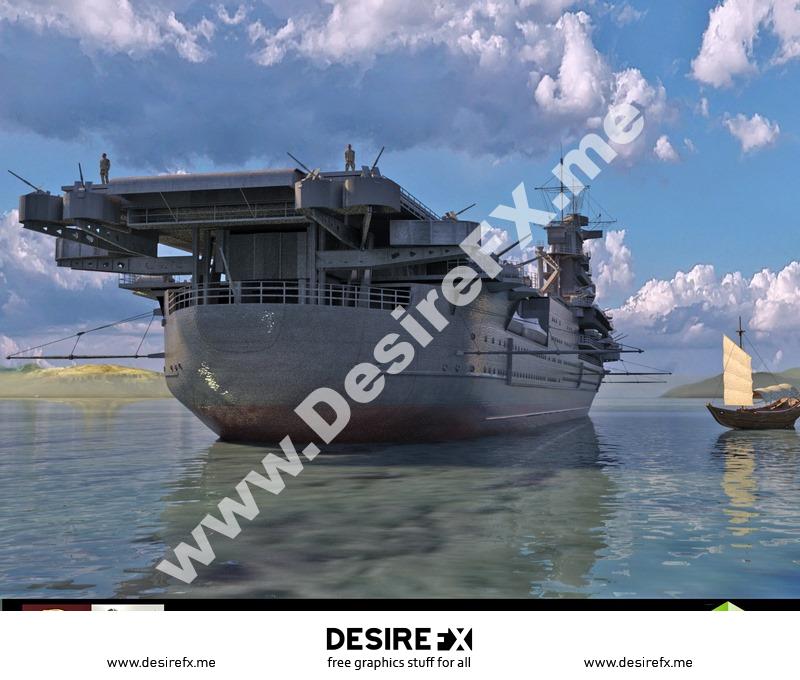 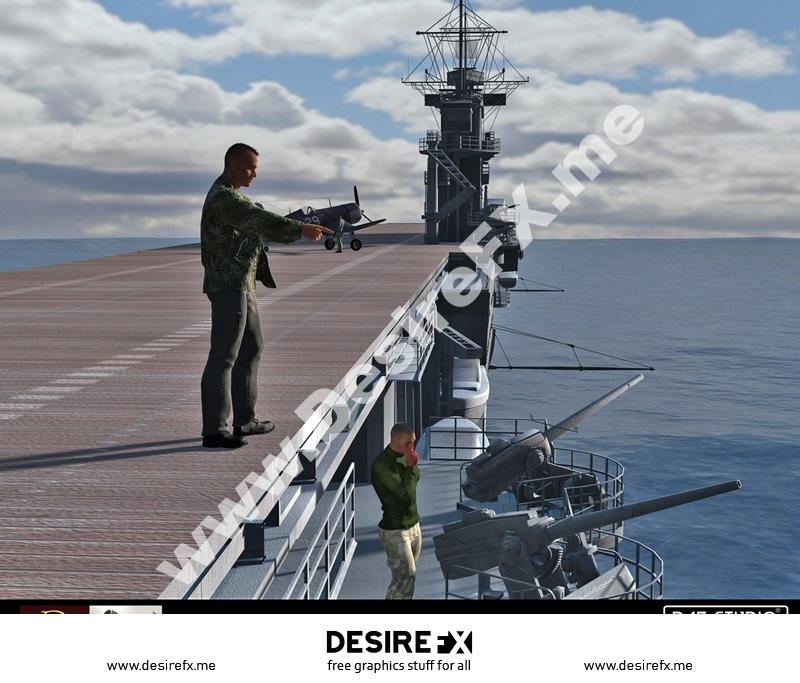 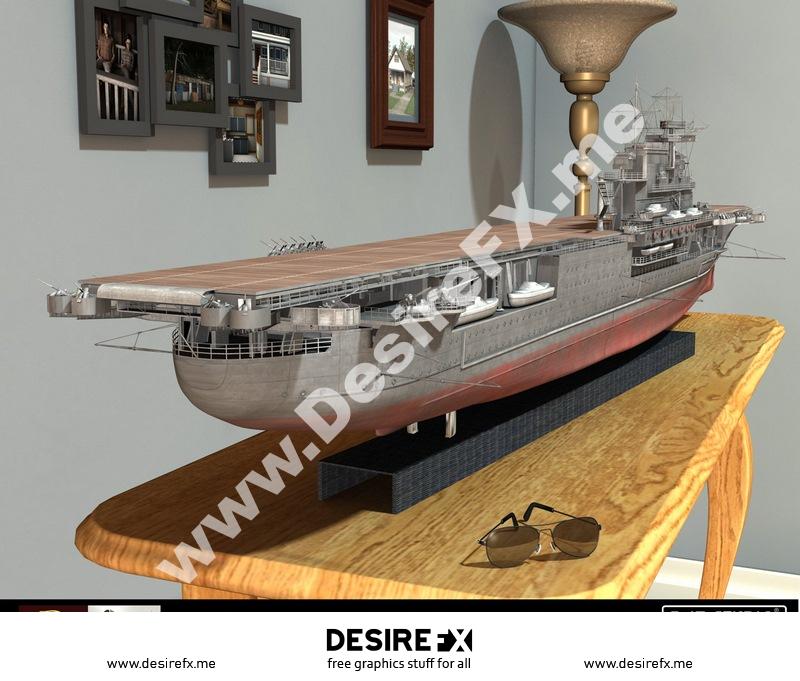 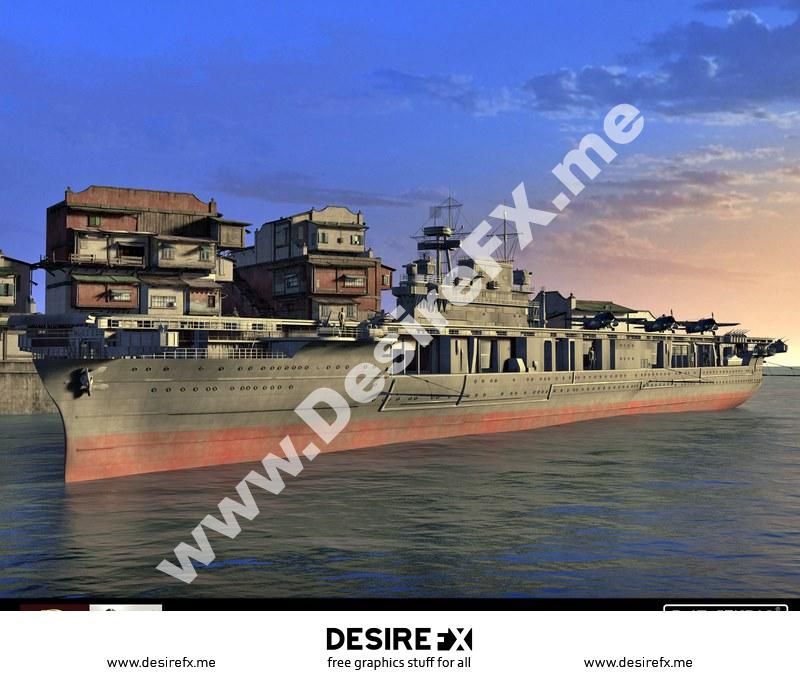 All of this product’s content was created by Don Webster (London224).

Model does not require any other products. 3Delight and Iray textures and conversion for use in DAZ Studio by Anne Marie Rasmussen (EmotionalOutlet3D).

This is a large scale, high poly model of the famous USS Yorktown aircraft carrier of World War II and the Battle of Midway. While the USS Yorktown was sunk during the Battle of Midway during the War in the Pacific, she was a major player in that Battle in stopping the Japanese Navy. She was one of our early carriers with much of her side open to they air, with elevators that brought planes up from her hangers below in the center of the flight deck. Originally modeled for Vue, I have now made it available for DAZ Studio both 3Delight and Iray.

To install: Unzip the contents of this file directly to your DAZ Studio Library folder (usually called My DAZ3D Library).

Please note that the Iray surfaces can change considerably in different lighting situations and scenes. Some adjustments may be required in the Surface Editor to achieve the look you want.

Tip: If this product does not appear automatically in Smart Content you may have to re-import the metadata using Content DB maintenance on your system.